The experiments conducted were used to determine the material strength of five different types of 3D printer filaments. These materials consisted of PLA, ABS, ASA, PETG and Carbon Nano-Structure Composite ABS (CNS-ABS). The CNS-ABS material is currently in development and its additive ratios and therefore its mechanical properties are subject to change at any time. To find the material properties, a tensile test was performed on each of the specimens using an AccuView 1000 tensile machine. Using the data collected during the experiment, stress-strain diagrams were constructed for each specimen which allowed for the calculation and plotting of the following mechanical properties:

The data for the injection molded properties was taken from each material’s manufacturer data sheet. Each of the five materials tested failed due to shear failure. This is the expected method of failure for a ductile materials.

The strength of a material is related to the material’s ability to resist deformation or failure while under a load. The relationship between stress and strain are useful because they provide insight into the material’s yield point, ultimate stress, elastic behavior and fracture stress. Using this data, it is possible to predict how a material will react when loaded. It can be used to determine if the material will return to its original dimensions after being deformed, when the material will begin yield and at what point the material will fail. Another useful piece of information gained from graphing stress-strain data is information on how different materials will fail. For example, a brittle material will fail due to cracking and separation while a ductile material will fail due to atomic plane slipping. The material properties and insight on the behavior of a material play a vital role in the selection process for engineering applications in which one or more specific properties may be required. The data collect from this experiment was taken in adherence to the ASTM D638 Tensile Test Standard on an AccuTest 1000 tensile machine. The graphs produced from tensile testing provide several key mechanical properties including:

Young’s Modulus (E): The slope of the stress-strain curve in the elastic region, where the deformation is reversible and time-independent. Basically, this is a measure of a material’s ability to resist permanent deformation.

Ultimate Strength (UTS): The maximum load sustained by the specimen divided by the original cross-sectional area of the specimen. This is the maximum stress the material can undergo before failure.

Yield Strength (σys): The stress on the stress-strain curve resulting in 0.2% permanent strain of the specimen based on its original length. This is the maximum stress a material can undergo before deforming permanently.

Percent Elongation at Break: The amount of deformation the specimen undergoes during testing as a percentage of its original length.

PLA, ABS, Carbon Nano-Structure Composite ABS, ASA and PETG samples were tested in adherence to the ASTM D638 Tensile Testing Standard for plastics. Each of the specimens was formed into a standard, flat, “dogbone” shape with a constant cross-sectional area. For the test, both sides of the specimen were lightly filed to roughen the surface to allow the jaws to properly grip the specimen. 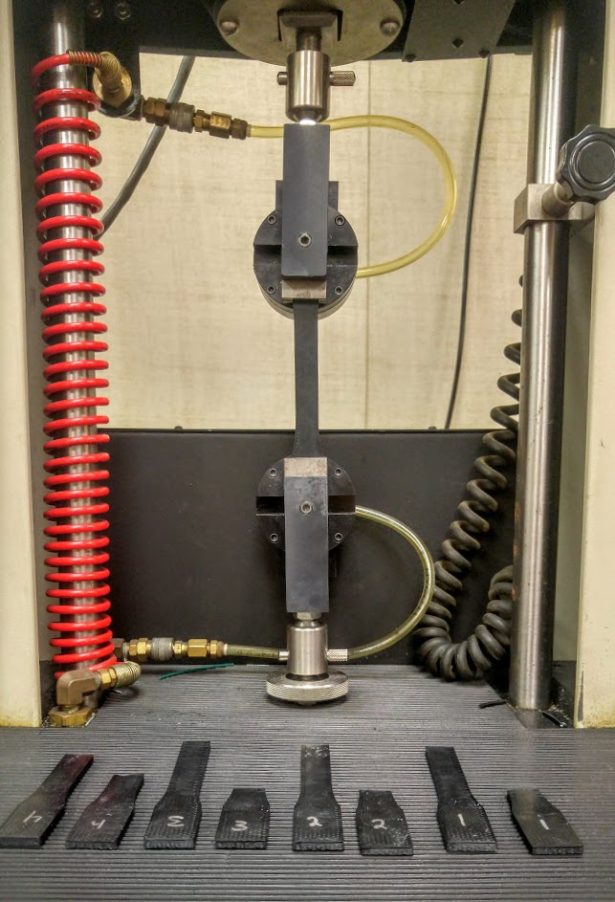 Dimensions for the dogbone specimens can be seen below in Figure 2. 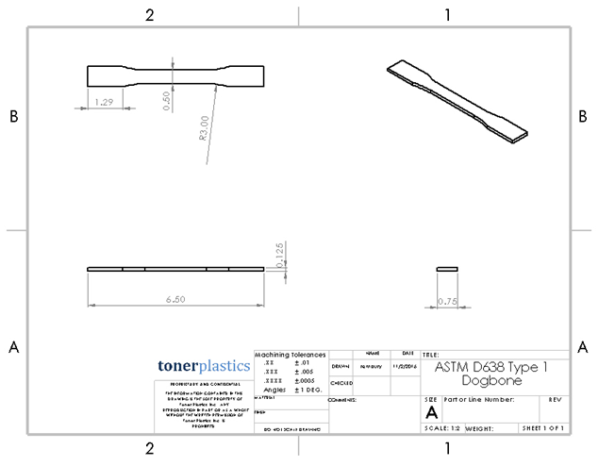 For each material, 5 specimens were printed on a Lulzbot Taz 5 printer. The dogbones were printed lying flat on the build plate which would give the strongest part possible during tensile testing. An example of the specimen’s print orientation as well as the print settings for each can be found below in Figure 3 and in Table 1. Each part was allowed to cool for 24 hours before testing began. The data collected from the 5 tests of each material was averaged together to get a final value for each property. 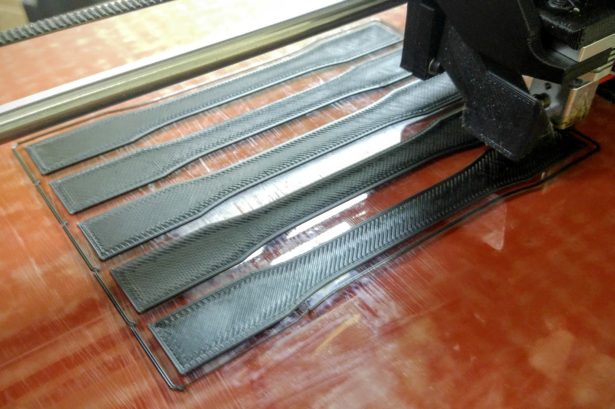 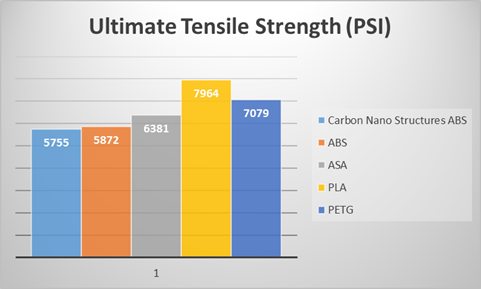 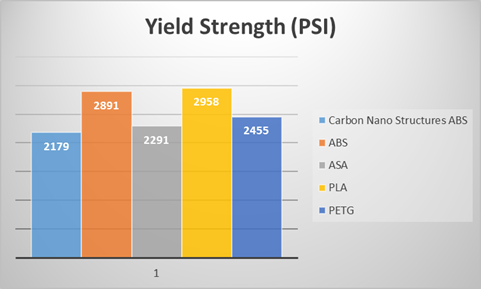 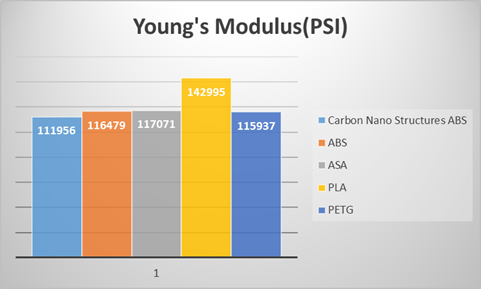 Like the other test results, the Modulus of Elasticity of each material was positioned as expected in comparison to one another. PLA had the highest Young’s Modulus at about 143,000 PSI which represents a 73% reduction in strength when compared to its injection molded counterpart. All four other materials tested came in between 112,000 PSI and 117,000 PSI. For ABS and ASA, the Modulus of Elasticity of the 3D printed specimens where 65% and 62% less than an injection molded part. 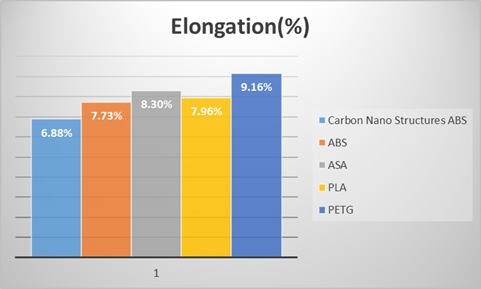 Several interesting pieces of information can be concluded from the results of this experiment:

One possible explanation of this is that the Carbon-Nano Structure additive had an adverse effect on the layer adhesion. Typically, injection molded parts with Carbon additives tend to display an increased tensile strength over their natural material counterparts. 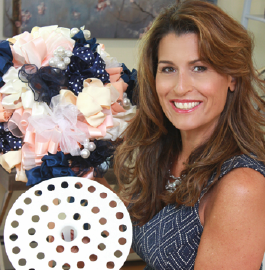