AGAWAM, MASS. — With a product many crafters call gimp, extruder Toner Plastics Inc. has been growing steadily, moving to a bigger building in the past two months and adding one more extrusion line.

Gimp, a flat plastic lace made of flexible PVC, is a staple for the craft industry. It can be braided. Beads and other additions can turn into a fancy bracelet or necklace. Summer campers are quite familiar with it. So are any children involved in any craft classes.

“They call it boondoggle, lanyard and gimp, depending what part of the country you’re in,” said co-owner and President Steven L. Graham. “In France, it’s Scooby-doo.”

He said the product is made under a variety of trademarked names, but it is a simple extruded lace produced in a variety of colors.

Toner Plastics also makes round lace, wide lace and lace extruded over polyester. The extruded products account for 75 percent of sales, said Graham, who would not reveal sales figures.

He said Toner Plastics makes other extruded products, such as the plastic string used to connect disposable earplugs, tubing for fish tanks and tricycle streamers.

The company recently leased a 15,000-square-foot building in Agawam and added a third line. It runs 2 1/2-inch extruders for two shifts five days a week. It employs 20.

“We will do the oddball or specialty runs. Things you would never even think of at a sales meeting,” he said.

For example, he pointed to a saddle maker who asked for something durable that he could weave into the saddle. An antique toy repairer wanted a short pull-string. A fashion-show producer wanted clear, round lace to hang from the ceiling. A perfume maker needed a short, fluorescent tie for its Christmas collection.

Those were all one-shot runs, but they all add up to sales.

“The last three to four years, the average growth has been 25-30 percent,” Graham said, “We’re hoping to continue that for a few more years.”

Graham, a chemical engineer who worked for Monsanto Co. in Springfield, Mass., started Toner Plastics in November 1989. He and his wife, Jean, bought a struggling business.

The company has moved twice, starting with 2,000 square feet of space in East Longmeadow, Mass., then 4,500 square feet at another location, before moving a few miles to Agawam.

The company is named after the late Richard K. Toner, a professor at Princeton University. Graham said he chose to honor his adviser, who convinced him to stick with chemical engineering when he was in school.

Toner Plastics found its niche in the crafting business.

Graham said it is very competitive, like the toy business, but he has added retail customers steadily.

“We make fun. We make kids happy,” Graham said. “We get letters from kids all across the country. Every kid gets a free kit. It doesn’t matter what they say.”

It's a Gimp Thing 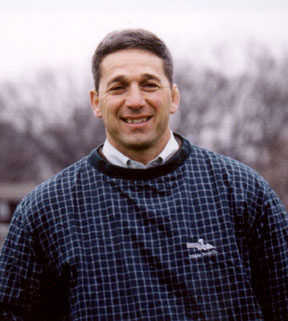