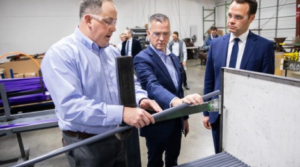 Toner Plastics was founded in November 1989 as a custom profile extruder. The husband-and-wife team of Steven and Jean Graham founded the company. Steven Graham, now the CEO, formerly worked at Monsanto Co. in Springfield, Mass

Toner Plastics Group has been in growth mode for nearly 30 years. That’s included multiple acquisitions plus organic growth in a wide variety of interesting end markets.

Most recently, that’s even included helping to fight the COVID-19 pandemic.

President Jack Warren said all of the East Longmeadow, Mass.-based company’s factories are currently operating as usual. Companies within the group make components that are in critical demand for medical, Department of Defense and personal protection equipment customers.

In fact, Toner has stepped up production of extruded flexible strapping made of a thermoplastic elastomer material that’s used on face masks.

“We recently started getting more interest in that product. Companies were having supply chain problems in China because of the coronavirus,” Warren said. “We’re making everything we can at the moment.”
Warren said the company recently doubled production capacity for the strapping, running 24 hours, six days a week to keep up with demand.

Toner Plastics was founded in November 1989 as a custom profile extruder. The husband-and-wife team of Steven and Jean Graham founded the company. Steven Graham, now the CEO, formerly worked at Monsanto Co. in Springfield, Mass. It started with one extrusion line making PVC products. Today the extrusion business makes a variety of custom profiles including filament for 3D printers, plus products for medical, industrial, point of purchase, crafts and wire and cable customers.

“Our motto has always been, ‘We’re a customer service company that happens to be in the plastics manufacturing business,’ and we feel that’s one of the main reasons we’ve been able to have the sustained success that we have,” Warren said. 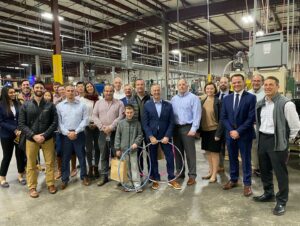 Starting in 2013, the company started to augment its organic growth through a series of acquisitions. First came The Beadery, a Hopkinton, R.I.-based injection molder formerly known as Greene Plastics Corp., that touts itself as the oldest U.S. manufacturer of plastic beads.

In 2017 The Beadery also acquired the assets of Quality Bead Craft Inc. The bead business is big for Toner, and it’s been strong recently. Bead bracelets and jewelry are popular with children and crafters.

“We really follow the market trends, we follow what the kids are doing, we watch social media and we are able to move fast,” Warren said. He cited an example from last year, during the Christmas shopping season, when a retailer asked if Toner could put together a special display for an end cap.

“They let us know in October, and we went to work. There’s no way a supplier in China could have done that. The customer would have lost those sales,” Warren said.

The legacy businesses that Toner has acquired are thriving under the umbrella organization, Warren said. The Beadery’s sales are up 56 percent year-on-year, on both legacy products like personalized bead bracelets and new products like plastic craft and jewelry making storage boxes. Warren credited General Manager Joe Ritacco for The Beadery’s success, and noted that the business has gradually added 12 injection presses.

Modern Mold’s mold making sales are up 51 percent, and he also cited a 34 percent increase in medical molding sales and the continued growth of its Ormond Beach, Fla., factory. Warren credited Leo Ruberto, the unit’s manager of process engineering, who has implemented an ambitious 5S continuous improvement model.

Warren said he’s always on the lookout for new acquisition candidates, with a goal of making Toner a $100 million company within five years.

“I’m looking at three potential acquisitions right now,” Warren said. “We love adding talented people and businesses who can contribute to our business from day one just by continuing to do what they’re already good at.”

As a privately held company, Warren said Toner has been able to streamline its due diligence process to make these transactions easy for small businesses — firms with annual sales in the neighborhood of $10 million.

He said finding talented people can be an issue for a growing business.

“We need technical people, molding processors, plastics engineers, and profile extrusion experts, as well as sales people and sales leaders — people who can run a business unit and share in our success,” Warren said.

COVID-19 Update: We Are Taking Necessary Precautions While Continuing To Serve The Needs Of Our Customers 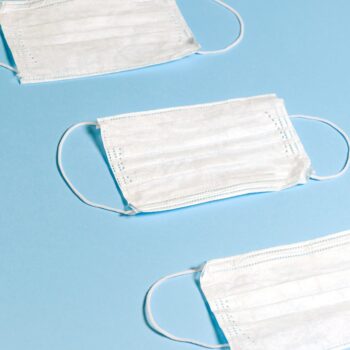 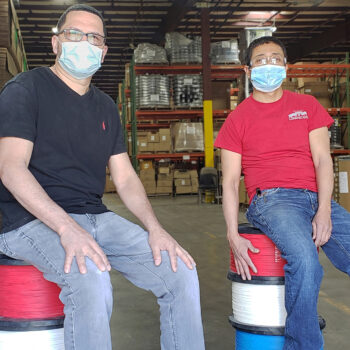