Click here for the original article by Natasha Zena

FORGE is bringing together the best of new and old Western Massachusetts. Serving the area’s startups by pairing them with manufacturers, the nonprofit organization is keeping the manufacturing industry for which the Pioneer Valley has long been heralded in the spotlight yet another generation.

Formerly named Greentown Learn and launched as an initiative under clean technology incubator Greentown Labs in Somerville, FORGE is rebranding and establishing a distinct identity of its own as it grows to offer the support of its manufacturing initiative beyond Greentown Labs’ cleantech portfolio.

FORGE helps innovators as they develop new products, through the process of rendering prototypes and early production runs all the way through commercial scale. Executive director Laura Teicher says FORGE expects its Springfield Technology Park location to continue to grow in serving the east-west connection between Massachusetts’ robust innovation and manufacturing ecosystems.

“There is an excellent, critical cluster of manufacturers here (in Western Massachusetts), specifically with precision and R&D capabilities,” Teicher says. “There’s a number of startups we’re able to serve out of Valley Venture Mentors and (the University of Massachusetts at Amherst). We currently have two offices, in Somerville and in Springfield, and in the future we want to open more locations to capture any and all startups in the state.”

Last year, the workforce boards in Hampden, Franklin, Hampshire and Berkshire counties received a collective $625,000 from the state’s Advanced Manufacturing Training Program to train workers in manufacturing. The investment is an attempt to strengthen the stellar advanced manufacturing community that suffers from a shortage of qualified labor to sustain its growth.

A 2014 joint study by the New England Council and Deloitte found that advanced manufacturers are suffering from a lack of brand awareness needed to attract talent. With many of the multigenerational workers now nearing retirement, Rodrigues notes, finding and training the next generation of workers is a critical need. 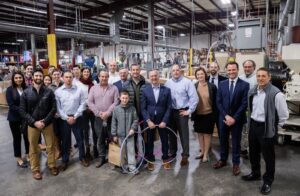 The work FORGE is doing with developing a brand and increased storytelling will not only work to bring business to the manufacturing community but raise its profile as well.

“I have a manufacturing background, and I’m a Western Massachusetts resident. I have a lot of passion for what I’m doing,” Rodrigues says. “Through (Valley Venture Mentors’) Mentor Nights early on, I met Quikcord, a local startup. When they did their pitch, I told them, ‘What I’m trying to do is meet guys like you and connect you with regional resources. What are your design needs? Manufacturing needs?’”

Quikcord is a military-inspired paracord device that dispenses cord without tangling and has a built-in “smart blade” and emergency signal feature. Rodrigues was already in the process of creating a working relationship with manufacturer Cartamundi in East Longmeadow. “I figured out how Cartamundi wants to work with startups and at what stage. Quikcord was at that stage, and I made the connection,” he said.

Matching startups like these with the correct resources is critical at the early stage, according to Teicher.

“Startups with hardware and physical product are more capital intensive upfront,” Teicher explains. “If they don’t make the right design and supply chain design, they can easily run out of runway.”

Quikcord chief financial officer Matt Fioretti says that when he and his co-founder Matt Adams started this process years ago, they had no idea there were resources locally to help them navigate the waters. 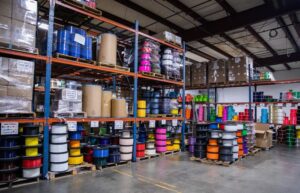 “FORGE put us in contact with prototypers, manufacturers, plastics consultants and showed us many different programs that were vital to our early progression,” Fioretti says. “Now we are proud to have come from a duct tape-covered toilet paper roll — our first prototype that did actually work — to an injection molded part that will be manufactured and assembled here in Western Massachusetts.”

He adds, “A lot of our required assembly materials were sourced right here in the Pioneer Valley as well. Working with FORGE has been nothing short of amazing, and we have learned so much. We couldn’t be more appreciative of their help and supportive of their mission.”

Funded in part by the Irene E. & George A. Davis Foundation as well as the Springfield Technology Park, where FORGE occupies free office space, the initiative has helped over 190 startups source their supply chain with right-fit and ready, local connections to manufacturers.

Best of all, the startups have an 85% survival rate which proves, Teicher says, that FORGE has identified and provides a critical intervention for these new companies. 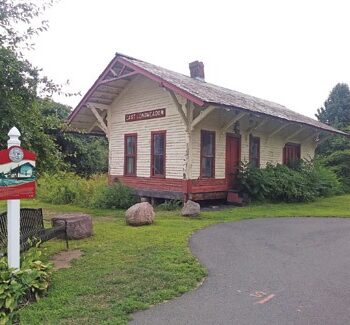 COVID-19 Update: We Are Taking Necessary Precautions While Continuing To Serve The Needs Of Our Customers