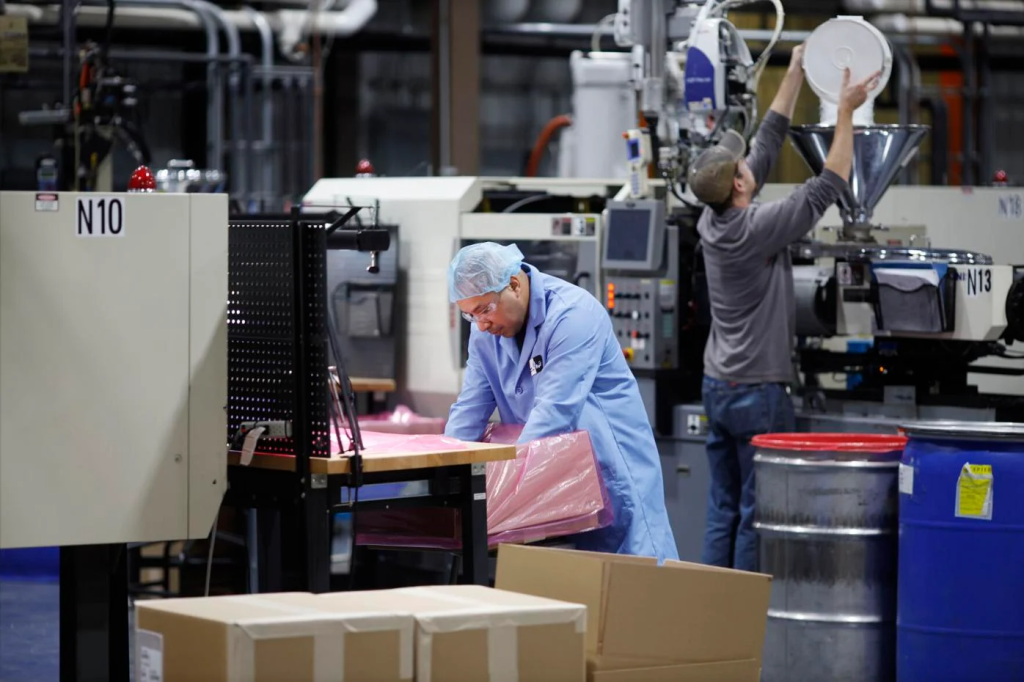 Modern Mold & Tool has moved to a new location, in the Downing Industrial Park in Pittsfield, allowing for growth of the company.

PITTSFIELD — Two for rent signs have been placed in the grass around Modern Mold & Tool’s former plant on East Street. The company sign is gone. People have noticed machinery being moved out of the building.

Is another long-standing business leaving the city?

No, Modern Mold & Tool isn’t moving out of Pittsfield. But, the company with origins dating to the 1950s has relocated within the city, recently having begun moving just down the road, to an industrial building in the Downing Industrial Park, which is much larger than the sites of the company’s former facilities.

Toner Plastics, of Longmeadow, purchased Modern Mold & Tool in 2016 and began moving workers in early October to the new building, which the company acquired for $2.5 million in June. Modern Mold’s injection-molding operations, which employ 56 workers, already have moved to the Downing Industrial Park. 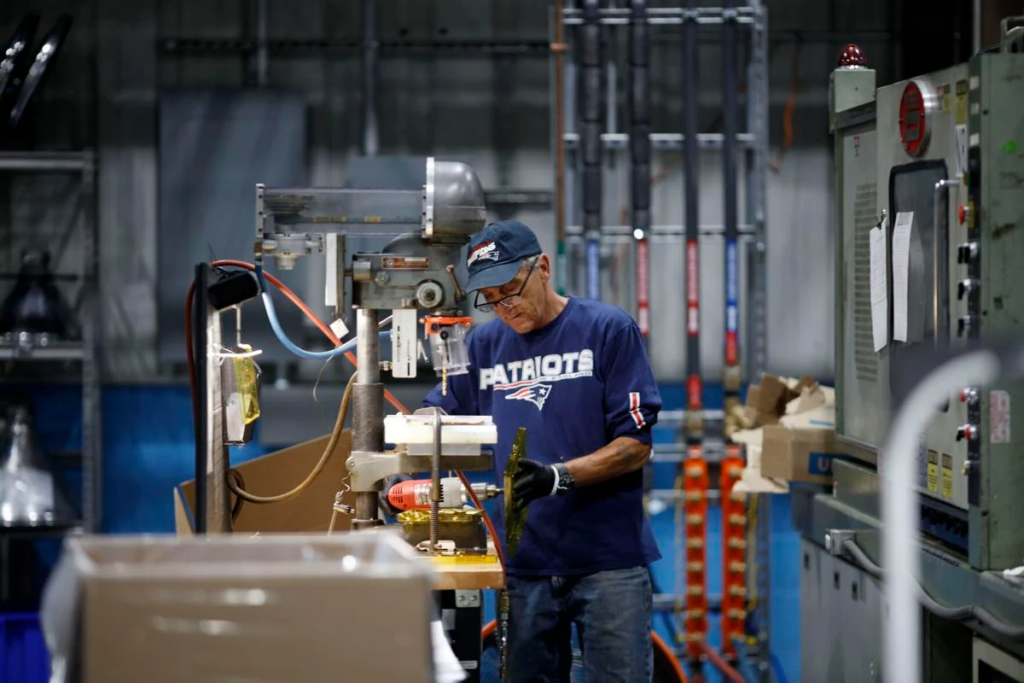 Modern Mold & Tool has moved to a new location in Downing Industrial Park in Pittsfield, allowing for growth of the company.

The 13 employees in the company’s tool division still are working in the Magnus Mold building on East Street, but all of Modern Mold & Tool’s Pittsfield workers eventually will be housed in the new building, which has access to rail and contains 66,669 square feet, according to the real estate listing.

“I’m not sure how many more we’ll add, but we’ve already spent $1 million on new equipment” at the company’s new structure, Warren said.

Modern Mold & Tool had about 50,000 square feet at its two buildings on East Street but leased almost half of it, according to Warren. The old site just wasn’t suitable for the company’s new growth.

“If we had a big job with large parts, we’d have to store them in the parking lot,” Warren said. “We just did not have enough space.”

Warren described the new building as a perfect fit for Modern Mold & Tool’s current operations because it previously was occupied by Amaray, formerly Polymatrix, which also was an injection molder.

“It was purposely built for injection molding,” Warren said. “Everything was left behind for us to start using.”

When Toner Plastics acquired the company five years ago, owner/CEO Steven Graham said that he hoped to grow it. In 2017, Modern Mold & Tool received $145,000 in investment tax credits from the city of Pittsfield toward a $3 million expansion of its of its manufacturing operation, which included the costs of acquiring and relocating the injection-molding operations of Streamline Plastics of the Bronx borough in New York City to Pittsfield. When it received that money, Modern Mold & Tool was considering several expansion options, which included additions to the East Street campus or moving to a much larger facility in the area.

“I think the comment [by Graham] that he wanted to expand and grow was absolutely coincidental with what happened,” Warren said, referring to the acquisition of the new building. 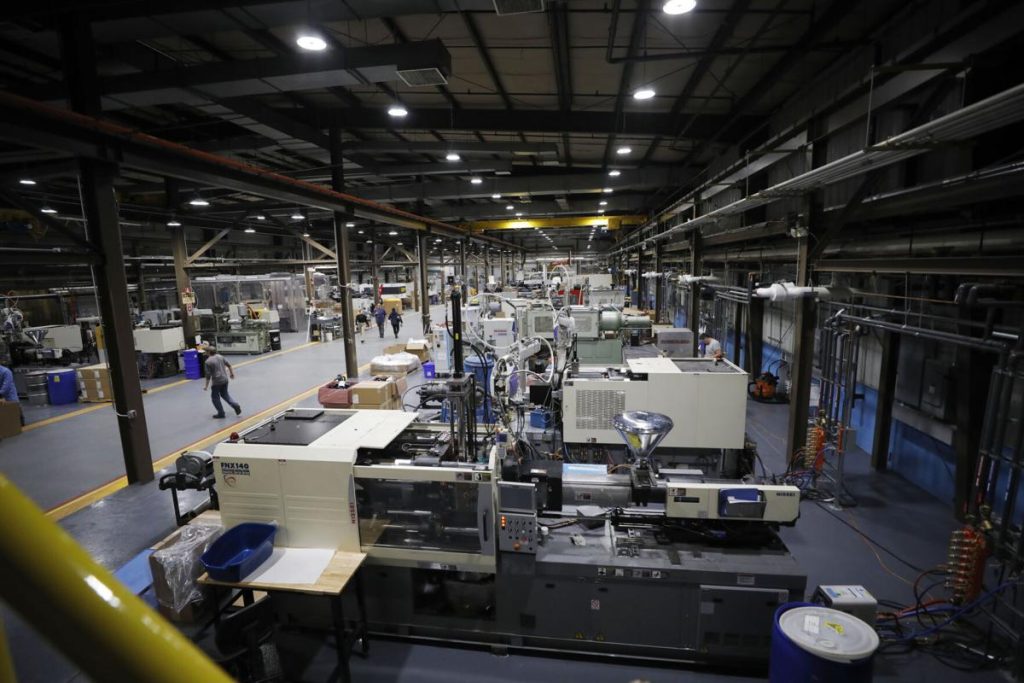 According to Warren, Modern Mold began making more industrial products after Toner Plastics acquired Streamline Plastics in 2017, and brought that firm’s injection-molding operations to Pittsfield. Streamline was acquired to expand Toner’s ability to supply components to the purchase display industry, the toy industry, writing instruments and products for a variety of custom applications.

The company is interested in leasing its East Street campus, which is why there are for rent signs posted around the building. The company has had conversations about the future of the facility with city officials, who would like the campus to remain suitable for manufacturing use, according to Pittsfield Business Development Manager Michael Coakley.

Modern Mold & Tool was founded by former General Electric Co. toolmaker Rodozio J. Pedrotti. It originally was located in a wood-frame barn and had a former chicken coop as an office, according to Eagle archives.

The company grew quickly from these humble beginnings, expanding eight times from 1950 to 1972. Modern Mold & Tool is one of 12 local businesses that grew out of GE’s former mold-making operations, which the company closed locally in 1954.